What is a Woonerf?

In the U.S. they are sometimes called "Complete Streets."

They are areas that is shared by vehicles, cyclists, and pedestrians. The word for "Woonerf" (Pronounced "Vu-nerf") is loosely translated "Living Street."

The idea is to create a space where drivers feel more cautious, naturally slowing down and keeping particular watch for pedestrians and cyclists. The way this is accomplished is by making the driver feel out of place. In a "Complete Street," the boundaries between vehicle right-of-way and the right of way of other traffic is blurred, instinctively causing the drivers to become more alert.

Often these areas are used for city events, or around parks. 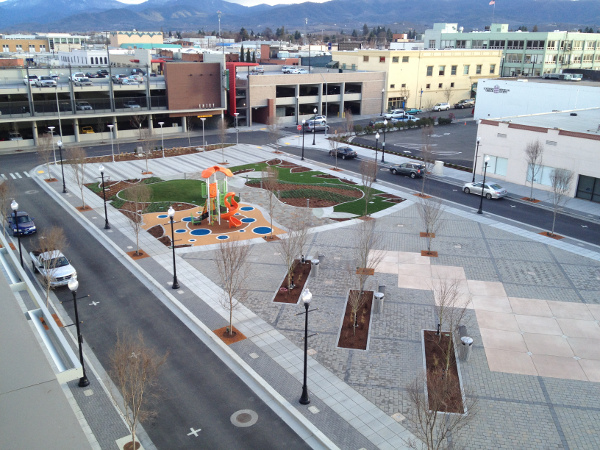 
One way to cause the drivers to slow down and pay attention is to make them navigate around planters and bends in the road. By putting obstacles in their path, drivers have to exercise more caution when driving, but the visibility is still good for avoiding pedestrians. 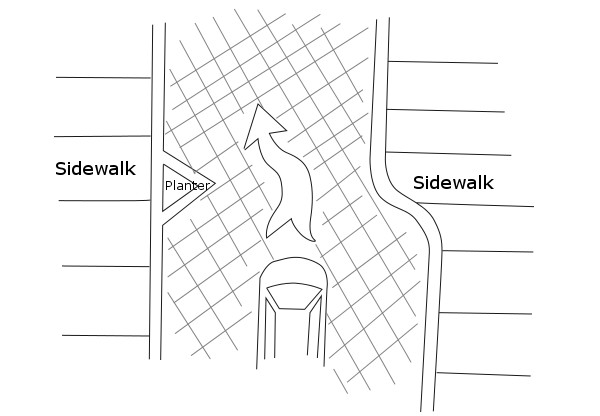 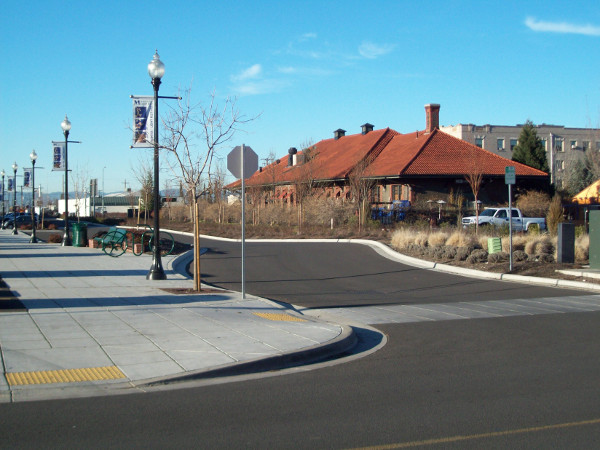 A Woonerf design by Hardey Engineering and Assoc.

Another way to cause traffic to calm down is to blend the transition between the vehicle right-of-way and the pedestrian right-of-way. In this example, Hardey Engineering & Assoc. used permeable pavers in the road, so that it looks the same as the adjacent sidewalk. The creates the effect of having a crosswalk that is an entire block in length. 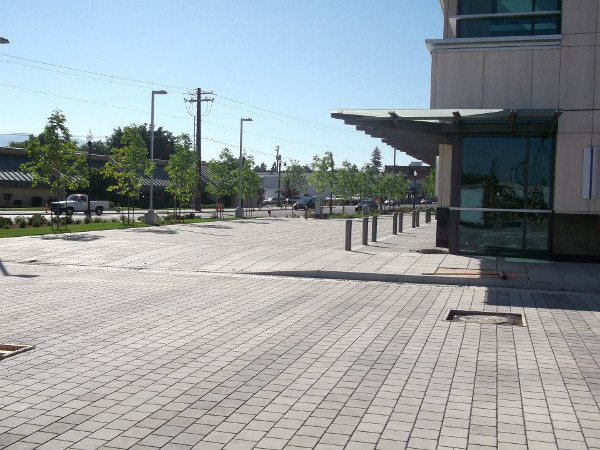 Another advantage to using pavers in the street is that the texture of the street makes the driver feel as though they are travelling faster. Between the tactile feedback of the tires rolling across the pavers, to the visual effect of having a textured surface moving towards you, the driver has a better sense of how fast they are really travelling.

Right now, the Medford 2013 Pear Blossom Event is just kicking off, so I'm going to head down to the inaugural street fair and go and enjoy my rights as a pedestrian in our very own woonerf system!
Posted by Unknown at 3:48 PM